1. The instructions say to randomly select a Leader but the game has no dice or other random elements, so picking somebody would usually go like this:

Not a huge problem, and not a problem for everybody, but having the app handle this for you is a “nice to have”.

2. Reading out the part where everyone closes their eyes and the spies look for each other is a disadvantage for the narrator. I’ve narrated enough times that I have the speech down pretty well, but if I’m a spy and have to look around at 9 different people, my speech can sometimes stagger. It’s like if you’re on the phone with someone while you’re half watching a tv show; your speech slows down and you get a bit spacey. Especially if your fellow spies make some kind of funny face when they make eye contact with you. We’ve all heard giggling during the spy phase and thought “Ok, I guess Tommen’s a spy…”

Even worse, if I have to turn my head to look around a large table for spies, observant players around me can detect the sound change direction and realize that I am moving my head around. Why else would I be doing that unless I’m a spy? Disadvantage: narrator. Having an app handle this levels the playing field for the poor schlub who normally would have to speak this part.

3. Avoid confusion among the spies. It’s been my experience that newer players and even veterans often don’t realize how many spies they should be looking for and prematurely close their eyes after spotting only one or two spies. This app remembers how many people are playing from the Leader selection phase and uses that info to tell you how many spies you should be looking for. It also reminds you to make sure that all other spies see you. New players often forget which color card is “good” and which is “bad” (being Resistance sounds like it could be bad) so the app also reminds people with a blue card who they are and to keep their eyes shut. I’ve had quite a few games where the cards had to be redistributed because a newbie Resistance opened their eyes.

Really, it would have been good for the company that makes The Resistance to have developed this themselves and give it away for free with the game, like One Night Ultimate Werewolf did. This app certainly isn’t necessary, but it’s nice to have and The Resistance is a game that you can literally play hundreds of times, so I think it’s definitely worthwhile. No current plans for an Android version or Avalon support but as I said in the video, let me know what you guys think and what features you’d like.

***Also I’ll be giving away three free copies of the app to the first three people who retweet the link on @RabidRogue most recent tweet. Only three promo codes available. 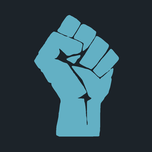 10 thoughts on “The Resistance Companion launches”